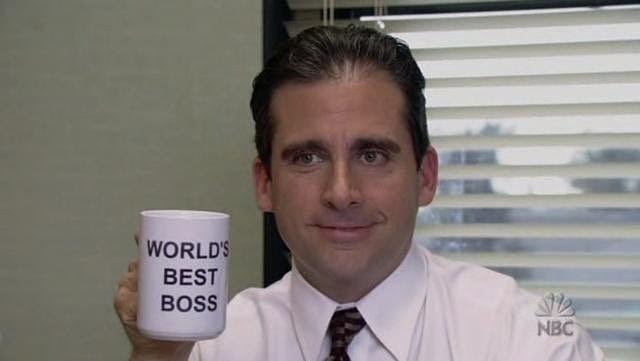 we’re counting down 117 Hilarious Dwight Schrute Quotes From “The Office.” Played by the Amazing Rainn Wilson, Dwight is loud, sarcastic, dry, and surprisingly very witty. Simply without his antics and catchy quotes, the show wouldn’t be the same without him.

1. Everything he does is sexy,  he das this undeniable animal magnetism, He’s jungle cat, the man exudes s*x.

3. Blink once if you want me to pull the plug.

4. Where is the criteria?

5. The only problem is whenever I try to make a taco, I get too excited and I crush it.

6. I tried to talk to Toby and be his friend, but that is like trying to be friends with an evil snail.

7. Do you think that doing alcohol is cool?

8. Sometimes I’ll start a sentence and I don’t even know where it’s going. I just hope I find it along the way.

9. Andy Bernard does not lose content, he wins them or he quits them.

12. And I misspelled in front of the entire school the word failure.

14. That’s cool hey, you know what’s even cooler than triceratops? Every other dinosaur that ever existed.

13. When someone smiles at me, all I see is a chimpanzee begging for its life

17. Friends joke with one another. Hey, you’re poor. Hey, your mommy’s dead. That’s what Friends do.

no, but he’s married to her!- ohDawson’s are!  no, no it has to be a real person hm, come on, I’m gonna pass.- Um, okay rhymes with paranoid sahporzeneeger.  Okay, he is the governor of California,  he is the terminator-Tom Cruise

19. Ryan is being a little bitch again Michael, I’m on: What’s up my brother?

21. Every word out of your mouth is like the squawk of an ugly pelican.

22. It’s a bridal shower for guys. A guy shower. An hour-long shower with guys.

23. Okay, well come on! let’s have an auction! let’s do this! we’ll auction off people like in the olden days

24. Fool me once, strike one. But fool me twice? strike three.

26. No question about it. I’m ready to get hurt again.

27. What are your weaknesses? I don’t have any, asshole.

30. Just Poppin you know how I will be

31. Is there no way we can get rid of him? not without cause, Michael. I have cause it is Because I hate him.

33. You’re ugly and I know it for a fact cause I got the evidence right there.

34. I just wanna lie on the beach and eat hot dogs. That’s all I’ve ever wanted.

36. I wanna be wined and dined and sixty-nine.

41. I need a username, and I have a great one. “Little kid lover” That way people will know exactly where my priorities are at

42. Sometimes I wonder if I have ovaries in my scrotum, because I am great at girl talk.

43. Occasionally, I’ll hit somebody with my car. So sue me.

45. Oh, my resolution was to get more attention.

48. I hope the war goes on forever And Ryan gets drafted.

51. Only thing that could make this day better is ice cream.

56. No one is a bigger fan of sexual touching than me.

58. I hate looking at your face. I wanna smash it.

59. Pam and I would sometimes hum the same high-pitched note.

60. When you’re a kid you assume your parents are soul mates. My kids are gonna be right about that.

63. Toby works in HR, which technically means he works for corporate, so he’s really not a part of our family.

Also, he’s divorced, so he’s really not a part of his family.

64. You couldn’t handle my undivided attention.

67. Toby: Michael, I have an extra twin bed if you need one?

Michael: You will be sleeping alone for the rest of your life, so you should just get used to it.

68. Andy left a carton of milk in the fridge.

69. And don’t forget the new black man phrase I taught you. Pippety poppet, give me the coppery.

72. The Taliban’s the worst. Great heroin, through.

73. Sometimes the clothes at gap kids are just too flashy.

74. And I misspelled in front of the entire school the word failure.

75. Disposable cameras are fun although it does seem wasteful and you don’t ever get to see your pictures.

77. Would I rather be feared or loved? easy. both. I want people to be afraid of how much they love me.

78. You cannot say “I was raped” And expect all your problems to go away Kelly. Not again don’t keep doing that.

79. You ran a woman over this morning. Everyone inside the car was fine, Stanley.

86. Welcome to the hotel hell. check in time is now. check out time is never.

87.I would Nissan it for the world. But if something else came up I would definitely not go.

93. Who says exactly what they’re thinking? what kind of game is that?

95. A little cover-up on your adam’s apple will make it appear smaller.

96. Well, just tell him to call me as asap as possible.

100. I am running away from my responsibilities. and it feels good.

100% of the best Office quotes

106. In any cheating movie, The person getting cheated on is the hero. You’re all later, I’m Beyonce.- I am Beyonce, Always

107. It’s a nice little farm. Sometimes teenagers use it for s*x.

110. Does it bother me that I wasn’t invited to Michael’s dinner party?

111. Oh, I see. so, sounds like you’re too sick to come to work. But you’re well enough to go to the pharmacy.

115. I could get a fish for a five-cent worm. You’re paying way too much for worms, man. Who’s your worm guy?

116. Everyone has called me Dwayne all day. I think Jim Halpert paid them too. Yes, 5 bucks each and it was totally worth it.

120. The difference between a salesman and a saleswoman is b**bs

121. God, Stanley. That freaking brilliant. How Do you know that? Did you learn it in the streets?

Inspirational quotes from the Office

So this is the list of my favorite funny office quotes and I hope that youve also liked these Best office quotes.

Did we miss your favorite office quote or moment? Let us know in the comments below!