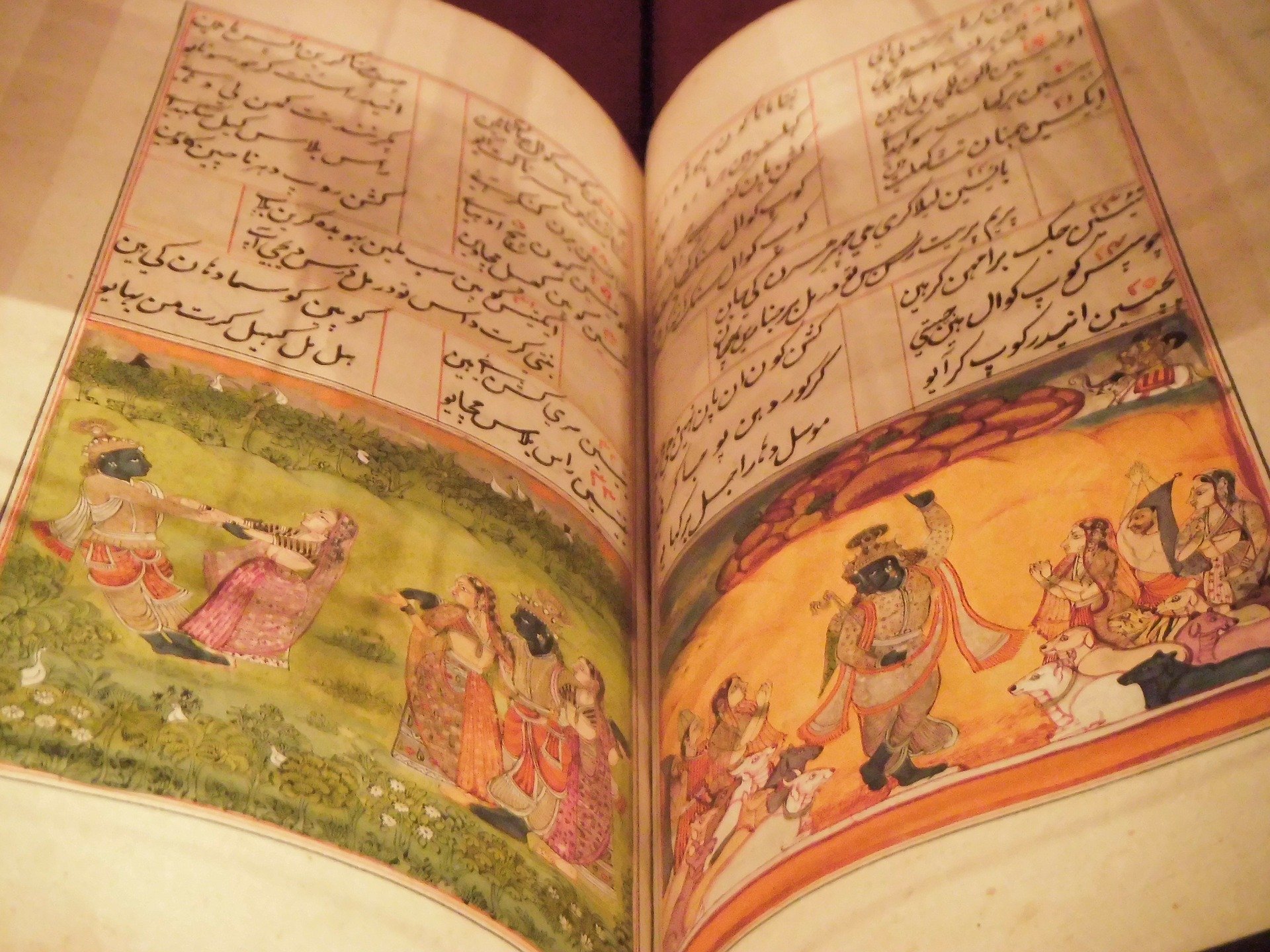 The Bhagavad Gita Quotes often referred to as GITA, is a 700 verse Hindu scripture in Sanskrit that is a part of the Hindu epic MAHABHARATA.

Inspirational Bhagavad Gita Quotes– The sacred book of the Hindus, the Bhagavad Gita has vital life courses. If we are in a dilemma, the verses spoken by Krishna can enlighten us. Check out Lord Krishna quotations and significant life lessons

2. In the matter of creation, the material energy is responsible for cause and effect: In the Matter of experiencing happiness and distress, the individual soul is declared responsible.

3. The dualities of desire and aversion arise from illusion. All living beings in the material realm are deluded by this.

4. As the air carries fragrance from place to place, so does the embodied soul carry the mind and senses with it, when it leaves an old body and enters a new one.

5. All those who take refuge in me, whatever their birth, race, sex, or caste, even those whom society scorns, will attain the supreme destination.

6. I am seated in the hearts of all living beings, and from me come memory, knowledge, and understanding

7. If you cannot practice remembering me with devotion, then just try to work for me. Thus performing devotional service to me, you shall achieve the stage of perfection.

8. I am the supreme goal of all living beings, and I am also their sustainer, master, witness, abide, shelter, and friends. I am the origin, end, and resting place of creation, I am the storehouse and eternal seed.

9. Whatever celestial form a devotee seeks to worship with faith, i steady the faith of such a devotee in that form.

10. Just like the mighty wind blowing everywhere rests always in the sky,n all living beings rest always in me.

11. One day of Brahma [Kalp] Lasts a thousand cycles of the four ages and his night also extends for the same span of time. The wise who know this understand the reality about day and night.

12. I radiate heat as the sun, and i withhold,as well as send forth rain. I am immortality as well as death personified. I am the spirit as well as matter.

13. The three stages of material existence- Goodness, Passion, and ignorance- are manifested by my energy. they are in me, but I am beyond them.

14. My divine energy ‘MAYA’ consisting of the three modes of nature, is very difficult to overcome. But those who surrender unto me cross over it easily.

15. Restraining all the gates of the body and fixing the mind in the heart region, and then drawing the life-breath to the head, one should get established in steadfast yogic concentration.

16. The mind is indeed very difficult to restrain but by practice and detachment, it can be controlled.

17. I radiate heat as the sun, and I withhold, as well as send forth rain. I am immortality as well as death personified. I am the spirit as well as matter.

19. Those whose minds are established inequality of vision conquer the cycle of birth and death in this very life. they possess the flawless qualities of god, and are therefore seated in the absolute truth.

20. The self controlled and peaceful man’s supreme self is balanced in cold and heat, pleasure and pain, as also in honour and disgrace.

21. For those who see me everywhere and see all things in me, I am never lost, nor are they ever lost to me.

22. The mind acts like an enemy for those who do not control it.

23. The key to happiness is the reduction of desires.

24. We are kept from our goal, not by obstacles but by a clear path to a lesser goal.

26. Let a man raise himself by his own efforts. let him not degrade himself. because a person’s best friend or his worse enemy is none other than his own self.

27. When meditation is mastered the mind is unwavering like the flame of a lamp in a windless place.

28. It is better to live your destiny imperfectly than to live an imitation of somebody else’s life with perfection.

29. Elevate yourself through the power of your mind. Don’t degrade yourself. Mind can be your best friend as well as your enemy.

30. As a kindled fire reduces wood to ashes, so does the fire knowledge burn all reactions from material activities to ashes.

31. Be steadfast in the performance of your duty, Abandoning attachment to success and failure. Such equanimity is called Yog.

32. God does not involve himself in the sinful or virtuous deeds of anyone. the living entities are deluded because their inner knowledge is covered by ignorance.

33. The knowledge of even the most discerning gets covered by this perpetual enemy in the form of insatiable desire, Which is never satisfied and burns like fire.

34. Whatever action is performed by a great man, common men follow in his footsteps, and whatever standards he steps by exemplary acts, all the world pursues.

35. Those whose faith is deep and who have practiced controlling their mind and senses attain divine knowledge. Through such transcendental knowledge, They quickly attain everlasting supreme peace.

36. Those who dedicate their actions to god, abandoning all attachment, remain untouched by sin, just as a lotus leaf is untouched by water.

38. Those who abide by these teaching of mine, with profound faith and free from cavil, are released from the bondage of karma.

39. Negativity around is not the problem. Problem is when that negativity gets inside you.

40. While contemplating on the objects of the senses, one develops an attachment to them. Attachment leads to desire, and from desire arises anger.

41. Just as one sun illumines the entire solar system, so does the individual soul illuminate the entire body [with consciousness]

42. Weapons cannot shred the soul, nor can fire burn it. Water cannot wet it, nor can the wind dry it.

43. Calmness, gentleness silence, self-restraint, and purity- these are the disciplines of the market.

44. When you feel the suffering of every living thing in your own heart that is consciousness.

45. One whose mind remains undisturbed amideast misery, who does not crave for pleasure, and who is free from attachment, fear, and anger, is called a sage of steady wisdom.

47. Seek refuge in the attitude of detachment and you will amass the wealth of spiritual awareness. The one who is motivated only by the desire for the fruits of their action, And anxious about the results, is miserable indeed.

49. The peace of God is with them whose mind and soul are in harmony, who are free from desire and wraith, who know their own soul.

50. There is no one who can remain without action even remain without. Indeed, all beings are compelled to act by their qualities born of material nature.

51. Being freed from attachment fear and anger, becoming fully absorbed in me, and taking refuge in me, Many persons in the past became purified by knowledge of me, and this they attained my divine love.

52. “Greed is nothing but intensified desire, while anger is frustrated desire”

53. The senses, mind, and intellect are said to be breeding grounds of desire. Through them, desire clouds one’s knowledge and deludes the embodied soul.

54. It is lust alone that is born of contact with the mode of passion, and later transformed into anger. Know this as the sinful, All devouring enemy in the world”

55. No one becomes a karma yogi who has not renounced the selfish motive behind an action”

56. As ignorant people perform their duties with attachment to the results, the wise should act without attachment for the sake of leading people on the right path

57. I am the beginning,Middle, ANd end of creation

58.Real independence means complete faith in the mercy of the lord without dependence on the conditions of matter.