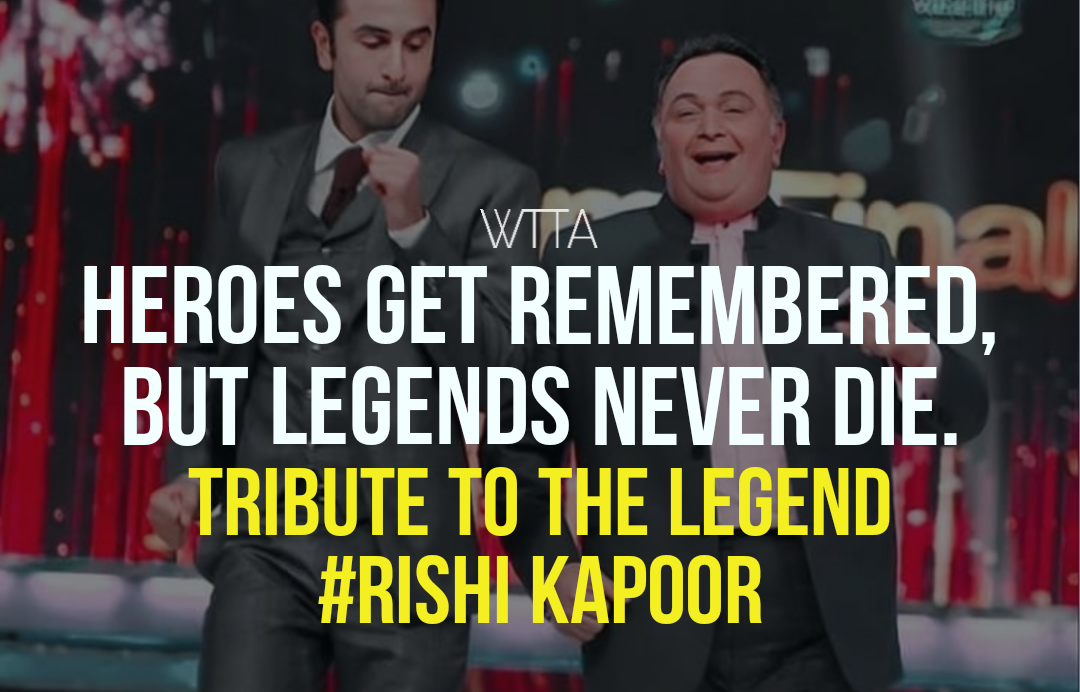 Rishi Kapoor Passes Away At 67 After Long Battle With Cancer

As we pay a tribute to the on-screen character, here are some important statements by him that will remain with us until the end of time. Look at it.

2. I can never say that I don’t want to work anymore. That would be an absolute lie because I enjoy, I take delight in, working in films because I feel it’s an honor, you know, To entertain people, to regale audiences.

3. My entire life has been part of the film industry for many years.

4. My first love is acting, not directing.

5. Generally, when I am working, I tend to learn from my seniors and juniors.

6. I have tried to look different and play different roles throughout my life I am passionate about my work.

7. In acting, the basic tool is observation. Whenever you see something, you store it in your head, and when you come across a character that reminds you of that instance, you incorporate it.

8. I love to experiment, to push myself, And I want people to accept me in roles that I have never attempted before.

9. If you want Rubbish, you will get rubbish.

10. It was a stroke of luck when I worked in “Agneepath” It was a great role, Something Different For Me.

11. I Never argued with my father, and it so happened that, unfortunately, the same kind of relationship passed on with me and Ranbir.

12. I am not advocating beef-eating. But I am advocating freedom to have an opinion a voice.

13. As is the case with politicians, Actors Are chosen by people.

14. I respect religious rules. I am a true God-Fearing Hindu.

15. I have played all generations in reel and real life from Grandson, son, father, and Grandfather. Each and every relationship has taught me something.

17. I do not care about the length of my role. But it should make a difference to the story.

19. I don’t know what fun Newspapers and Magazines derive from interfering in people’s private lives.

20. If our Hindu culture forbids beef meat, Does The same Culture give the right to abuse me and my family just because I have an opinion that you don’t agree with?

21. It is an advantage to be born in Kapoor family to be known by that name, But it also a burden because there are lots of expectations from you.

22. The RK banner has had this tradition to make good films, and good films always take a lot of time to complete because of the hassles involved in it.

23. The Creative Mind Is RestLess.

So These Are The Some Unforgettable Lines By Rishi Kapoor where he shared his life journey. Lines by Rishi Kapoor about life, his acting, society, success

Heroes Get Remembered, But Legends Never Die. Tribute To The Legend #Rishi Kapoor.